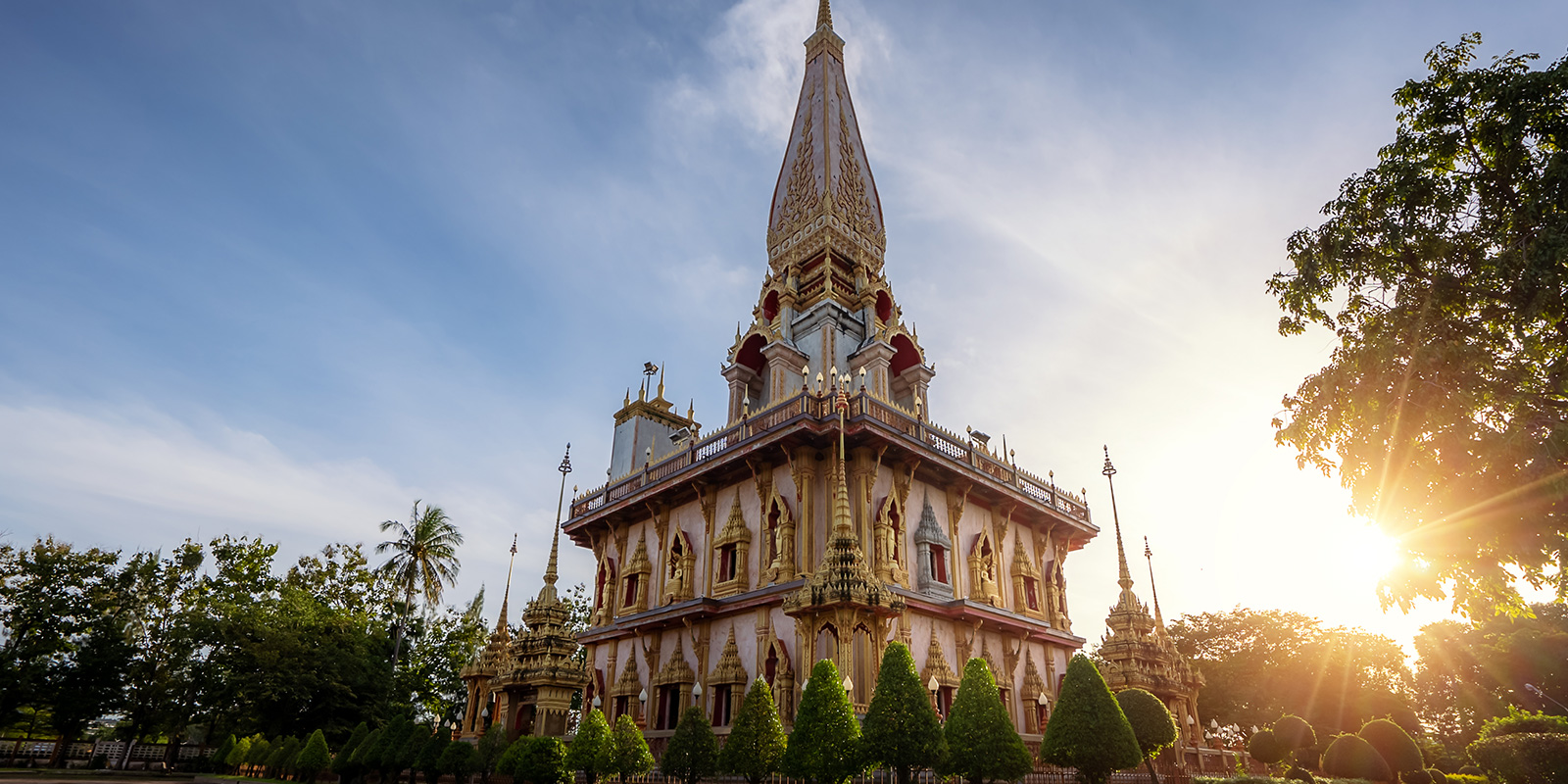 4 Must-See Temples and Shrines to Complete Your Phuket Trip

Enjoying the beautiful beaches of Thailand is on many travelers’ bucket lists, although some wanderers are looking for more than just soaking up the sun and enjoying the waves lapping against the shore. While golden sands and crystalline waters may be the country’s main feature, it’s also replete with attractions that tell a story about its people and illustrious history!

Many temples and shrines in Phuket tell the history of its Thai-Chinese descendants, giving you a closer look into local culture and beliefs. Here are four religious attractions to add to your itinerary after booking a Patong beach hotel:

Easily the most famous shrine in Phuket, the Jui Tui Shrine plays a significant part in the Phuket Vegetarian Festival. This nine-day festival features numerous vegetarian food stalls with delectable dishes. In fact, the Jui Tui Shrine was the original venue of the festival before it expanded to the island’s nine shrines!

You can find the shrine on Ranong Road, which isn’t too far from the island’s main market. It’s also a great place to learn more about Chinese influences on Thailand since it’s decorated in Sino-style architecture, complete with their deities’ statues.

Wat Chalong is one of the most well-known religious sites on the island, situated on the city’s outskirts. It is famous for many reasons: it was led by Luang Pho Chaem and Luang Pho Chuang, two distinguished monks who have significantly contributed to the community by advocating for protection and education.

The temple is also home to the pagoda, the Phramahathatchedi-Jomthaibarameepragat, which holds a Buddha’s bone fragment. The pagoda also has paintings that depict Buddha’s life. Overall, it’s an incredibly insightful and educational place, as it also tells the story of Luang Pho Chaem, along with life-sized wax models of Thailand’s important monks.

Also known as Wat Lipon, this temple is located in Thalang district, marked by the golden giant sleeping Buddha on its roof. Although there is a similar gigantic sleeping Buddha at Wat Pho in Bangkok, this image sits at 95 feet tall.

Wat Srisoonthorn is on a hill surrounded by forests, making it an ideal place for meditation due to the peaceful atmosphere. Since it sits by the Thepkasattri Road, it is still accessible from your Patong beach hotel, making this a great place to visit.

If you were impressed by the big Buddha on Wat Srisoonthorn, you’re definitely in for a treat with the giant Buddha sitting on top of the Nakkerd Hills. At a staggering 147 feet, you can see this statue from a considerable distance, making it incredibly easy to spot.

Another detail that makes this Buddha exceptionally interesting is that it was funded entirely through donations that amounted to 30 million baht. Another large Buddha sits on the premises, although this one is much smaller at 39 feet. These images were devoted to the king and queen of Thailand, which coincidentally offers one of the best panoramic views of Phuket.

Once you’ve booked your Phuket accommodation, you’ll definitely want to start drafting your list of must-see attractions. With these on your list, you’ll be up for an exciting trip full of the best that Phuket has to offer.

Diamond Cliff Phuket is one of the best luxury resorts in Patong, offering you breathtaking panoramic views of the Andaman Sea in a sanctuary for relaxation. With our spacious and private villas, you’ll enjoy the ultimate sense of privacy while being in proximity to the spoils of Patong City. Contact us today to book your reservation!