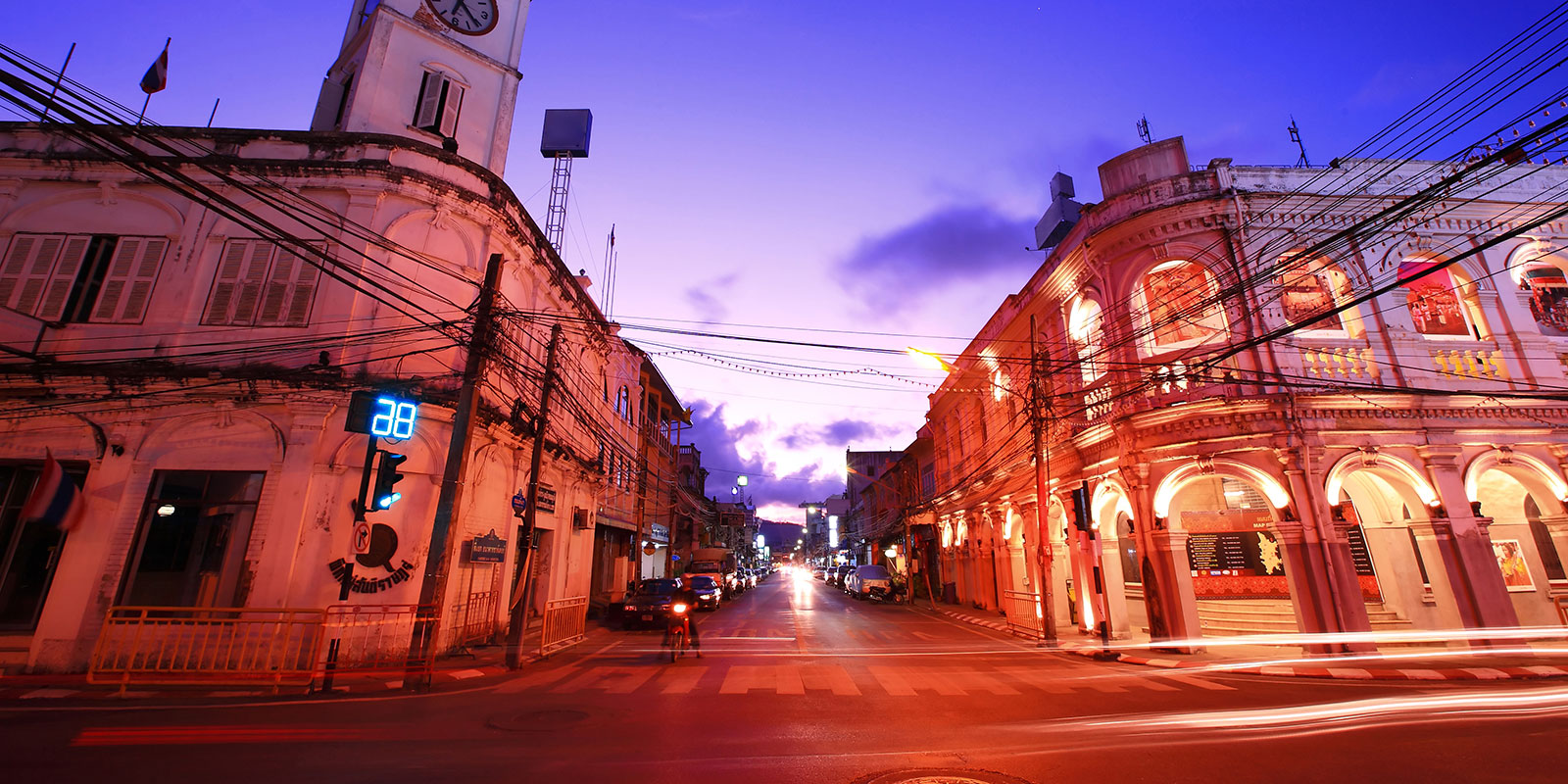 Little Glimpse into the History

Thailand is a popular travel destination on the bucket lists of people all around the world. If you are considering a visit to this country, chances are that you are also thinking about travelling to Phuket, since it is the most visited city in Thailand and the perfect place to enjoy a beach vacation. Phuket’s tourism is booming and will continue to do so going forward. This is largely due to the friendly, inviting demeanour of Thai people. It also has to do with with the beauty and laid-back vibe of Thailand as well as the great prices. There are attractions for many types of lifestyles here, which plays a role in why Phuket brings in quite the crowd every year. There is a lot of history embedded in Phuket. Here is a little rundown for those who are curious:

The rich history of Phuket

Phuket’s history dates back thousands of years to when colonists from India created Phuket Town. Because of Phuket’s convenient location for trade and its natural resources, outside influences have shaped Phuket with many cultures. This includes Arabs, Malays, Indians, Burmese, Chinese, and Siamese. Phuket’s biggest natural resource was tin, and in the 16th century, merchants and traders would travel to the area in search of it. French missionaries ruled Phuket for several years, then the British created a base in the area. Later, the Dutch and many other ethnicities flocked to Phuket as well. In the 16th century, it was a hot spot for merchants and traders. Phuket reigned as the leading industry for tin over hundreds of years. Because of this, in the 19th century, thousands of Chinese labourers also flocked to the scene. This is why we still see Chinese influence in this region in the architecture, cuisine, and culture. Phuket also did very well in the rubber trade, which is what took over after the reign of tin passed.

Thailand is the only country in Southeast Asia that was not colonized by the Europeans, but that didn’t stop the Dutch, Portuguese, French, and British from immigrating to Phuket. This is why Phuket has become one big cultural melting pot in comparison to the rest of Thailand. The settlers built great Sino-Colonial mansions, which were a huge contrast next to the traditional Thai temples of Phuket. Near the end of the 19th century, a new load of immigrants arrived in Phuket from China in order to try their hand at tin mining. During the tin boom, a shady scene emerged on a street called Soi Romanee, where people could go to for in opium dens, gambling houses, and brothels. It wasn’t until after the tin boom that the street was busted, leaving the buildings behind and abandoned. Investors realized the great heritage and architecture in the area and spent the last ten years restoring many buildings on the street. Today, the street has become a popular place to learn about the history of the town, as well as a great place to take pictures.

This well-known historical event occurred when local residents had to repel a Burmese invasion. Two local women, Than Phu Ying Jan and her sister, Mook, posed as male warriors in order to frighten the Burmese away from the area. These noteworthy women have a monument dedicated to them in the Tha Ruea intersection that sits on the north side of Phuket Town.

International tourism increased in the 20th century, and Phuket was among the first to embrace the industry. The massive Sarasin Bridge opened up in 1967, which made the area much easier to reach and brought many visitors who would come to see its natural beauty. As more and more people came, hotels and resorts began to open up around it. In the 70s, backpackers began to gather in Phuket. By the 80s, the airport opened up, and Phuket became known as a great resort destination. Today, Phuket is still known as a great place to visit for the culture and hospitality of the Thai people. There are many things to do and see, which is why people keep flocking in that direction!

Diamond Cliff Resort & Spa is rated as one of the best hotels in Patong. If you’re looking for a hotel in Phuket, we’re a great choice. Get in touch today to book your stay!