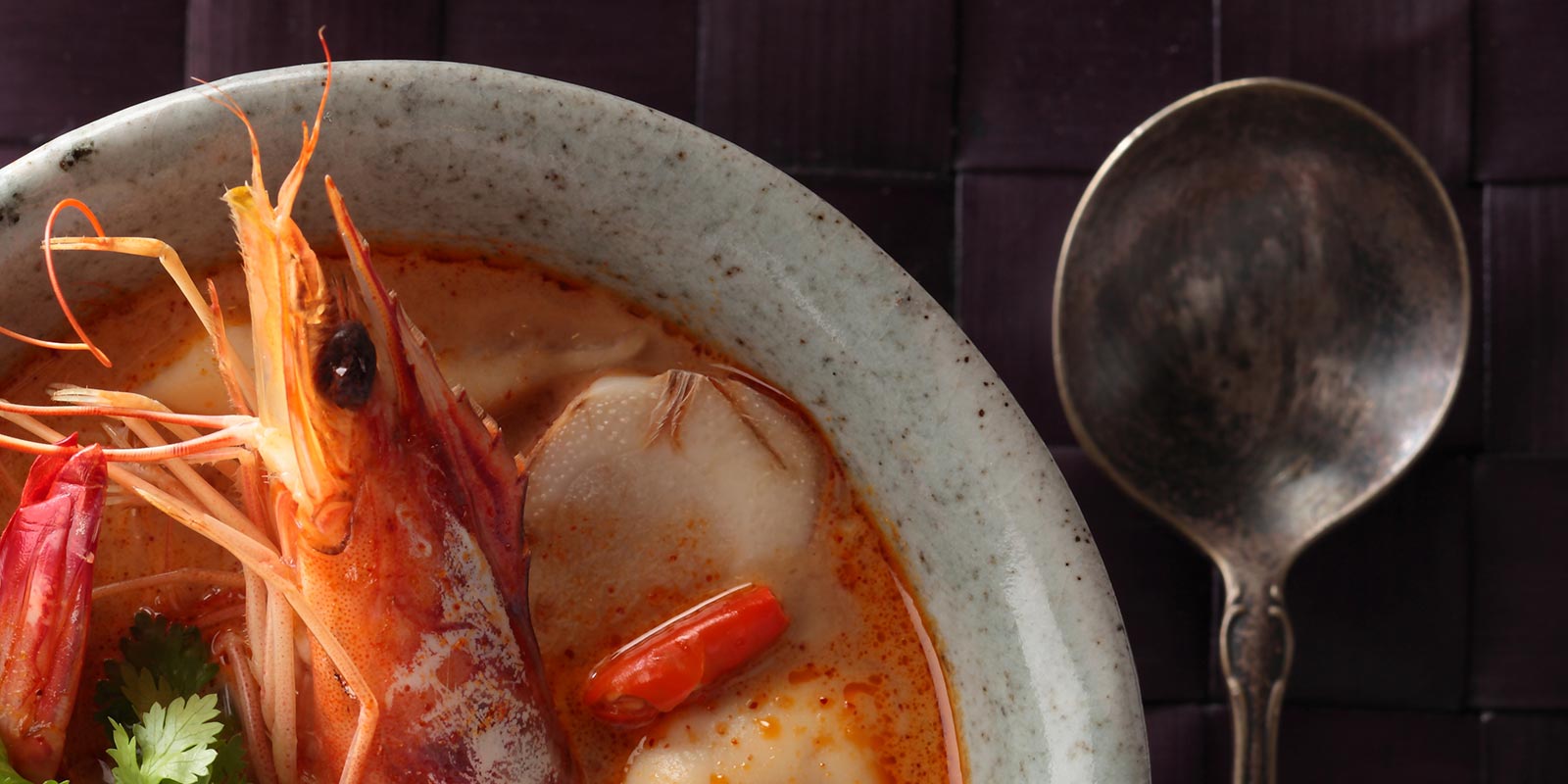 Top 10 Authentic Thai Dishes You Can Find in Phuket

It’s no secret that Thai food is one of the most popular cuisines in the world. Tourists from all over the world travel to Thailand just to get an authentic taste of the local dishes. Apart from the country’s capital that is Bangkok, you can experience the same exotic flavors in the Southern province of Phuket as well! Listed below are ten of the best Thai dishes that you can find in Phuket:

It is safe to say that Tom Yum Goong is Thailand’s most popular soup dishes out of all of them. The soup is spicy and sour, with galangal roots, kaffir lime leaf, and lemongrass for extra flavor. Aside from its great flavor, the soup also contains herbs and medicinal properties that are great for your health as well.

Another famous Thai dish is Pad Thai, which is actually of southern Chinese origin. Pad Thai is made with rice noodles that are stir-fried in a pan, typically with proteins such as tofu and prawns. The noodles are flavored with fish sauce, palm sugar, and tamarind. Chinese chives are often added as the finishing touch.

Som Tam, also known as green papaya salad, is another reputable Thai cuisine that every foreigner has heard about. This Thai spicy and crunchy salad is ranked on top among the most delicious foods in the world. The dish consists of unripe papaya mixed with cilantro, dried shrimp, fish sauce, peanuts, Thai basil, and a splash of lime.

Boat noodles, or Kuay Tiew, used to be sold from boat vendors that are floating along the canals and rivers of Bangkok. Now, these noodles can be found almost everywhere across Thailand, including in Phuket.

Chicken Coconut Soup, also known as Tom Kha Gai is made from coconut milk. As the name suggests, this spicy soup primarily contains chicken. Other key elements include fish sauce, galangal, kaffir lime leaves, and lemongrass. Although you can find some variations of Tom Kha Gai in America, you cannot replace the authentic taste that you will get when you get it in Phuket.

Inspired by a Sichuan Chinese dish called “Kung Pao Chicken,” Gai Med Ma Muang is not really a Thai dish. That being said, the taste alone is enough to land it on this list! The dish is a mix of chicken and cashew nuts, which are used in place of peanuts in Kung Pao Chicken.

Green Chicken Curry, or Geng Kheaw Wan Gai, is a Thai green curry with chicken as the main ingredient. The flavors of this dish are both spicy and slightly sweet. It also contains chicken blood and bones, making it a unique dish to try when you come to Thailand!

Massaman Curry is a Southern Thai curry with a heavy Indian and Persian influence. Muslims used to be referred to as Mussulman. Also, Muslim traders back in the days are known for selling the very first batch of dry spices to Thailand, which is why the dish can also be called Mussulman Curry. This curry is filled with dry spices served with rice.

Roti Nam Geang is simply a spicier version of Indian sweet flatbed or “roti.” Similar to Massaman Curry, the history behind the Muslim spice trade explains why this roti is served with spicy curry. You can enjoy Roti Nam Geang in Phuket as well as other parts of Thailand.

Diamond Cliff Resort & Spa is rated as one of the best hotels in Patong. If you’re looking for a hotel in Phuket – we’re a great choice. Get in touch today to book your stay!